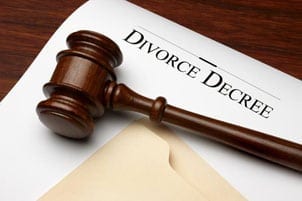 Did you know that remarriage has a higher rate of divorce than a first marriage? Going into a second or even a third marriage carries unique legal and financial concerns, and these should always be considered before signing any documents like a prenup. You need to be clear about who is responsible for what in your new marriage and verify that your documentation, such as your beneficiary details and trusts, reflect your old and your new family members in the manner in which you see fit.

The complexity of the average American family is increasing in recent decades due to the number of people with stepchildren or blended families. Contemplating divorce in a second or third marriage requires the insight of a lawyer.

New research shows that divorce and remarriage which are becoming increasingly popular throughout the United States are contributing to making American families up to 66% bigger. The sprawling step families common throughout the nation make it more difficult to stay close but these also generate unique legal concerns as it relates to child custody, division of property and protecting assets when you have children from a previous marriage. An experienced divorce and family attorney should always be retained to help you with the complicated issues surrounding a sprawling family. Since second and third marriages are becoming more commonplace across not just New Jersey but around the nation, you need to know how to protect yourself and your loved ones.

Approximately one third of U.S. households that are headed by adults younger than age 55 will have at least one stepparent. The study also found that couples aged 55 and over with adult children were likely to have step children. Up to 33% of those families already had a stepchild. Divorce rates have doubled for older Americans in the past several decades making it more important than ever to consider how step family issues may impact your family make-up. If you are contemplating divorce and have unique and complex concerns, schedule a consultation with a New Jersey divorce lawyer today.